Timing’s decisive in a decade-long claim 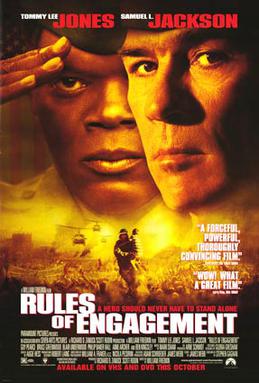 Picture it: an escaped prison inmate assumes a new identity, only to learn his new persona is in deep trouble with ruthless, yet quirky mobsters.  Now flash to a story of a JAG investigator sent to discover  what happened when an American officer fired on civilians after they invaded the U.S. embassy in a Third World country.  And let’s end with a true tale of a family’s daring escape from Communist Hungry, the sacrifices they makes for a better life and the tough adjustments they must make when reunited.What do all of these plots and their films have in common?  They were at the core of the decade-long copyright claim involving  Seven Arts Entertainment and Paramount Pictures, a case recently slapped down by the U.S. Court of Appeals for the Ninth Circuit  over timely ownership claims.

More than three years before the case was filed, Seven Arts sent Paramount three cease and desist notices asserting lawful ownership to copyrights for Rules of Engagement, Who Is Cletus Tout? and An American Rhapsody.  Seven Arts demanded that it receive all royalty payments due.  However, as federal court would later underscore, Paramount “plainly and expressly repudiated” Seven Art’s copyright ownership by refusing to comply with its demand.

Still, Seven Arts or its predecessor firms in interest, had trekked up and through an array of Canadian and U.S. courts, arguing their issues, starting in 2002.

In 2011, a Canadian court declared that Seven Arts “is and at all relevant times the owner of” copyrights to the disputed films. Seven Arts, after that decision, immediately sued Paramount, asserting  infringement,  an action in which the plaintiff must prove:  “(1) ownership of a valid copyright, and (2) copying of the original work.”  Paramount said it had distributed and exploited the films but its defense was that it had been granted rights to do so under a License Agreement.

Paramount also countered that Seven Arts lacked a valid ownership claim because it did not file within the statute of limitation.  So the issue the U.S. district court confronted, ultimately, was not infringement but who held valid ownership rights. The Copyright Act of 1976 says all civil actions must be brought “within three years after the claim accrued.”  Generally, a new infringing act causes a new claim to accrue. But the ownership claim accrues once only.  Further, when “plain and express repudiation” of ownership is communicated, claims will be time-barred three years after repudiation.

The judges of the Ninth Circuit, in affirming the lower court decision that tossed the Seven Arts case, turned to rulings by the Second- and Sixth-Circuits, which have held that “where the gravamen of a copyright infringement suit is ownership, and a freestanding ownership claim would be time barred, any infringement claims are also barred.”  Seven Arts urged the Western appellate court to diverge in view from rulings elsewhere — a plea rejected when the judges said that do so might allow plaintiffs to foil the statue of limitations on ownership claims by asserting infringement; this, the judges said, was contrary to Congress’ intent in creating uniformity in copyright law.

Judge maps out where a mark won’t hold