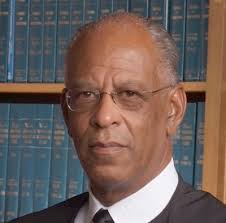 U.S. District Judge  Otis Wright, a Southwestern alum, slammed the lawyers for their conduct in an order that fines them, says they will be referred to the appropriate bar groups for discipline, disbarrment and sanctions — and the key players in the case now will be subject to recommended criminal conspiracy probes by the FBI. The judge, by the way, displays a wry touch with his blistering order, (online copy courtesy of ArsTechnica) replete with Star Trek references and crafted in a way to maximize the sting against what His Honor clearly sees as lawyers who give a bad name to the profession.

But attorneys for Prenda Law were caught in a “blatant lie” about a manse-like home they asserted was owned by one of the parties they sued. They quickly sought to cover their tracks by dismissing the case but Wright had caught on to a con. “Plaintiffs,” he noted, “do have a right to assert their intellectual property rights, so long as they do it right … Copyright laws originally designed to compensate starving artists allow starving attorneys in this electronic media era to plunder the citizenry.”

The judge imposed $80,000 in fines against the Prenda lawyers — a sum he noted was large enough to sting but just under the threshold in cost-terms for appeal. The ton of bricks that should continue to fall on the lawyers, however, potentially will be much more painful, with Wright referring them to bar groups for professional action, as well as to the U.S. Attorney’s Office and the FBI.

Concerted efforts by authorities have shuttered previous legal maneuvers like those of Prenda, including in the Righthaven and related mass-filings and the Patrick Collins cases.

Jennifer C. Duval, a 2013 Juris Doctor candidate in the Day Program of Southwestern Law School, knew she wanted to be in Hollywood since the first episode of “The O.C.” and Laguna Beach. A Long Island native, she has worked with the Philadelphia 76ers, as well as in celebrity public relations, before fulfilling her passion to be a lawyer. She has been working in the Business and Legal Affairs Department of BET Networks since January, 2012, gaining an invaluable amount of hands own experience in the field. Follow her on Twitter @hollywoodblackk

For courts and creatives, it’s a time to reconsider

In Denmark, a legal trend in Grooveshark case?