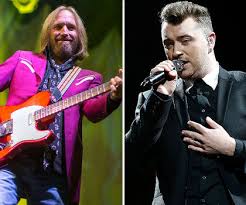 It was shaping up to be a big-time copyright clash, with the songs at issue curiously reflecting their artist’s positions: rocker Tom Petty, for example, had his legal weight behind his hit, I Won’t Back Down, while balladeer Sam Smith staked out a less combative position, as summed up in his chart-topping, Stay With Me.

In the end, as has been widely reported, the tune-smiths found harmonious agreement in a public, negotiated settlement that averted infringement litigation, the likes of which the courts are struggling in some other notable instances. Petty and Jeff Lynne, of ELO fame, each will receive a 12.5% writing credit and royalties for Smith’s Stay, whose similarities with Back Down rested in a stirring chorus and a verse.

While the case never got to court, it’s clear that Petty and Lynne would have had to show access and similarity to prevail in an infringement claim; neither cause appears to have been a monumental task to prove.

As for access, the 1989 Petty song is oft-cited as among his best-known works with numerous covers and versions. Petty himself is recognized as one of the most popular recording artists of the last thirty years.  As for similarity, numerous sources have pointed to the distinct likenesses between the two songs. Ed Rex at Medium reports how “whole passages are identical…. Of the four phrases, three are virtually identical. The pitches are the same; the rhythms are the same; [and] the chords are pretty much the same.”

Smith has said any similarities were accidental; such a defense would not shield him from liability. As a court found in the case involving George Harrison’s My Sweet Lord and the Chiffon’s He’s So Fine case, subconscious plagiarism can occur without obvious evidence of intent to copy [Bright Tunes Music v Harrisongs Music, 420 F. Supp. 177 (S.D.N.Y., 1976) ]

As sagacious Entertainment Law practitioners know, amicable settlements can be preferable to contentious court cases, such as the one under way involving Pharrell Williams and Robin Thicke’s litigation with the Marvin Gaye estate. In contrast, Smith has called the incident  a “coincidence” but quickly conceded credits and royalties to Petty and Lynne.  Petty echoed Smith, calling the event “a musical accident,” adding he wished Sam “all the best for his ongoing career.”

After film makers protest, U.S. court frees ‘We Shall Overcome,’ enshrining anthem in public domain and out of grip of folk legends’ claims