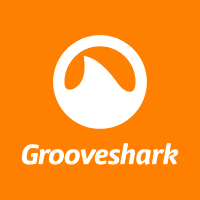 In the latest case development, U.S. District Judge Alison Nathan adopted the report and recommendation of U.S. Magistrate Judge Sarah Netburn. Her recommendations included: 1) granting EMI music’s motion for summary judgment on its infringement claim and the exception of its claim for direct infringement of its right of reproduction and 2) granting summary judgment to EMI on Escape’s affirmative defense under the DMCA.
The district court more specifically affirmed Netburn’s decision that Escape directly infringes EMI’s right of public performance but that it does not directly infringe its right of reproduction. The judge in that decision also concluded that ” Grooveshark users directly infringe EMI’s rights of reproduction and distribution and that Escape is secondarily liable” under vicarious and contributory theories.

Of particular importance in the R&R’s finding was that: Escape directly infringed EMI’s copyrighted work; Escape did not make any specific objections to Netburn’s conclusions of direct and secondary infringement. Instead, the streamer contended there was no evidence from which infringement could be found, as the key declaration claiming to show this should have been excluded. The declaration analyzed the Grooveshark system and found EMI sound recordings were copied on Escape servers in almost 14,000 separate files and streamed more than twelve million times since March 2012.

As to the R&R’s denial of Escape’s DMCA safe harbor claim, the court found that the company was not entitled to the defense.

Under its adopted “one-strike policy”, Escape would disable allegedly offending account holders but would not delete all data or audio files from their account or prevent them from accessing or using the Groove shark website.

Netburn found that the policy of barring only the uploading privilege while retaining accounts failed to satisfy the repeat-infringer policy requirement. She said it did not actually “implement” an infringer policy within the meaning of § 512, and, even if it did, Escape did not reasonably enforce the policy.

The court further focused on Escape’s failure to keep adequate records, especially so it could monitor infringement and distinguish other instances when it had disabled accounts. Lacking that practice of record-keeping also actively can prevent copyright owners from collecting information necessary to issue DMCA take-down notifications.

Grooveshark has posted on its blog that it believe it has complied with copyright requirements for its technology. The court has scheduled another hearing to determine damages and these reportedly could be big.

Is this a case of misplaced musical razzberries?

In Big Easy, a big no to counterfeiter takedown