Countersuit turns creator into a kind of ghost

The chief occupation of certain sous chefs and savvy top assistants is simple: Tell the boss to stop. We’ve got enough exotic ingredients in this dish, you’ve thrown enough wow components into that new product, you’ve hired enough pricey consultants. When it comes to lawsuits, it might also behoove some would-be plaintiffs to know when to say when. Take the case of comic book talent Gary Friedrich whose litigiousness has led him to a dramatic reverse:The blog techdirt  in recent years has chronicled the litany of litigious claims  by “Ghost Rider” original creator Friedrich. He sought to enforce copyrights on that work, claiming they had reverted to him in 2001.  His defendants became many:  studios (such as Sony Pictures), video game makers (such as Take-Two Interactive), comic book publishers (like Marvel) and interactive toy makers (like Hasbro). He claimed “an unauthorized ‘joint venture and conspiracy to exploit, profit from and utilize” his copyrights to the comic book character. With Marvel, Friedrich asserted not only infringement but diminution of value of the copyright for “failing to properly utilize and capitalize” the Ghost character.

Friedrich’s claims were levied subsequent to the “Ghost Rider” film, which at the time of filing has grossed $214.6 million in worldwide box office ticket sales. 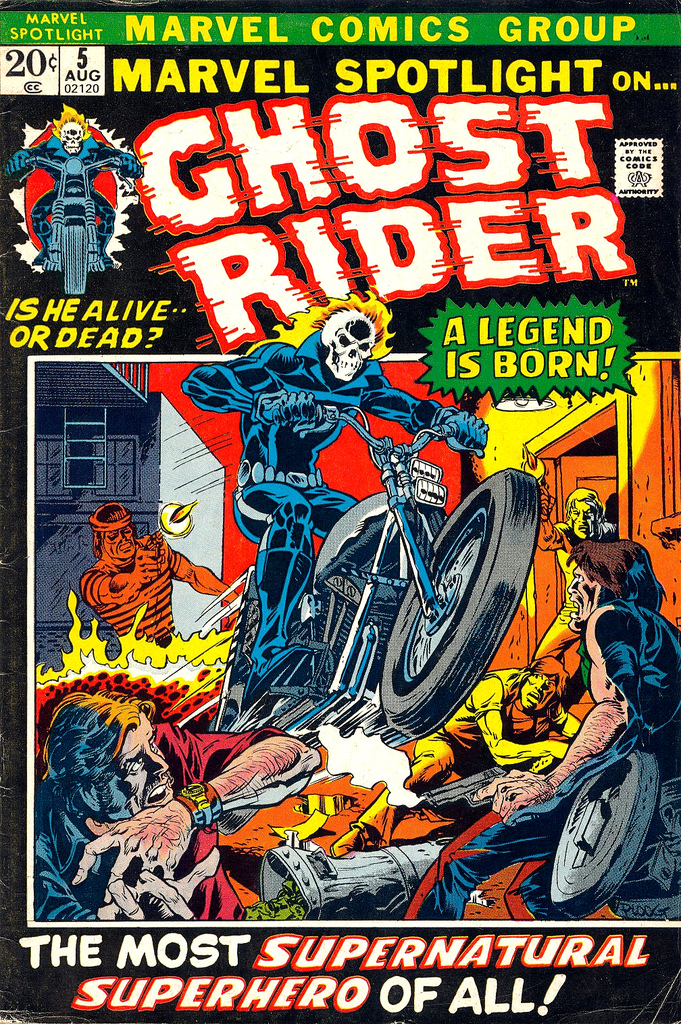 But Marvel, a subsidiary of Disney, successfully countersued Friedrich.  That successful countersuit has lead to an interesting situation, in that the original creator of Ghost Rider not only owes Marvel $17,000 (even though he has declared himself financially bereft) but also can no longer claim title as cocreator of the comic, if, by doing so, he would gain any commercial advantage.

In its full opinion, a U.S. District Court in New York found Friedrich’s infringement claims to be without merit and determined that he had handed over copyright on “Ghost Rider” to Marvel. This judgment forced Friedrich to negotiate with Marvel.

He stipulated not only to the damages against him but also to be enjoined from calling himself the creator of “Ghost Rider” for any commercial gain, as can be seen in this excerpt from the full decision:

WHEREAS, in order to avoid potentially unnecessary litigation and in consideration of the tolling agreement and plaintiffs’ consent to the injunction set forth below and other good and valuable consideration, defendant and counterclaim plaintiff Marvel Characters, Inc. (“MCI”) has agreed to enter into and cause to be filed a stipulation dismissing its second counterclaim (trademark infringement) and third counterclaim (false description, false representation, and false designation of origin under 15 U.S.C. §1125(a)(1)(A) (collectively, the “Trademark Counterclaims”) (Doc. 48), without prejudice and without costs to any party, IT IS HEREBY STIPULATED AND AGREED as follows:

1. The profits realized by plaintiffs in connection with the distribution and sale of goods depicting the Ghost Rider character appearing in Marvel Spotlight, Vol. 1, No. 5 (the “Work”) which is the subject of MCI’s copyright infringement counterclaim amount to $17,000.

2. Upon the entry of the Final Judgment (i) dismissing all claims pleaded in the amended complaint, (ii) awarding damages to MCI against plaintiffs on MCI’s counterclaim in the amount of $17,000, (iii) permanently enjoining plaintiffs and all natural or legal persons acting on their behalf or in concert or participation with them from manufacturing, reproducing, distributing, adapting, displaying, advertising, promoting, offering for sale, selling, using or purporting to authorize others to use the image of any characters appearing in, or any copyrightable material expressed in, the Work or any materials that are substantially similar to, or based on, any element of the Work in connection with the sale of any goods, merchandise or services including, without limitation, publications, posters, toys, games and playthings, prerecorded videotapes and DVDs featuring live action or animated motion pictures, video game software and other video products, T-shirts and other items of apparel (provided, however, that such injunction shall not prohibit plaintiffs from selling Gary Friedrich’s autograph by affixing the same to a product manufactured by MCI or by others under license or permission from MCI and purchased by plaintiffs at retail), and (iv) awarding defendants the costs and disbursements of this action available as a matter of law pursuant to Fed. R. Civ. P. 54(d) and 28 U.S.C. § 1920, MCI and plaintiffs will execute and cause to be filed a stipulation dismissing the Trademark Counterclaims without prejudice and without costs to any party.

3. In consideration for MC1’s agreement to dismiss the Trademark Counterclaims, plaintiffs consent to an injunction enjoining them and all natural or legal persons acting on their behalf or in concert or participation with them from using or purporting to authorize others to use the words “Ghost Rider” as a trademark, trade name, or similar designation of origin in connection with the sale of any goods, merchandise, or services.

4. The statute of limitations applicable to the Trademark Counterclaims is hereby tolled and if such counterclaims are filed within 90 days after the Final Judgment becomes non-appealable or are reasserted in this action within 90 days after the final determination of any appeal from the Final Judgment which results in this Court reacquiring jurisdiction over this action, the Trademark Counterclaims shall be treated as if they had never been dismissed.

5. Plaintiffs irrevocably submit to the personal jurisdiction of this Court and agree that they will not contest MCI’s right to reassert the Trademark Counterclaims in this action within 90 days after the final determination of any appeal from the Final Judgment which results in the District Court reacquiring jurisdiction over this action or within 90 days after the Final Judgment becomes non-appealable based on any objection they now have or hereafter may have based on venue in the Southern District of New York or forum non conveniens. Dated: February 6, 2012

Brandon Prior earned his bachelor’s in Electrical Engineering with a specialization in Computer Engineering from Auburn University. He worked for Siemens VDO Automotive and SGI Consultants developing autonomous test software allowing system integration for adaptive test environments. He is a third-year with a primary focus in “hard” Intellectual Property and is interning at NuMedia Studios, focusing on various entertainment law and intellectual property issues.

In Britain, a legal win for recording industry